Bit of a delayed recap of the Tauhara trail half marathon which was held on 6th of July 2014 in Taupo. I ran this race once in 2011 just as I was starting to run and didn’t do particularly well as I remember back then.

This event being in winter was essentially added on as a training run and also I have been wanting to complete the 63.3 Run Taupo series. Basically 3 half marathon in 3 months of July, August and September.

Race day was a pretty decent winter morning with the sun coming out with a few clouds but nevertheless a bit chilly. This was the first year Hoka One One has come aboard as a sponsor and they had a good selection for shoes and gear on display at the start/finish area.

View of race start – Me with Ben and the guys from Wellington Running Meetup (Orsi, Alan and Barry)

The race started off with everyone kind of standing by a side of a grassy field and a countdown. The start was a bit congested and I got into a slow start but made my way steadily through and kept a good pace. Being a typical mid pack runner I was not ever going to be at the pointy end anyway.

The Tauhara course is actually a pretty decent trail run where all of the course is runnable. There are really not many ‘hill’s however the course is quite undulating with a total elevation gain of 700 meters. Around the 5th km marker to 9 km marker is uphill but nothing too serious, which incidentally is also a bit of an out and back so the climb soon becomes a downhill. You also get to see some of the other runners go past you. I was running with a group of runners up the hill so was sharing the work so to speak. After this you turn into the bush around the half way point onto some sweet single trail and a last grunt for about 3 kms through 18, 19, 20kms and then a screaming 1 km downhill on a grassy paddock filled with cow poo to the finish. 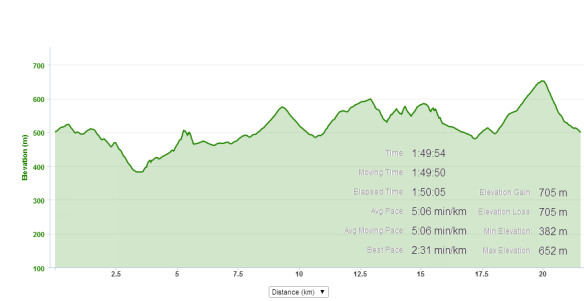 Some photos thanks to Photos4Sale. 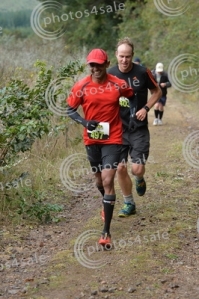