At the Rotorua half marathon on Saturday May 04th I had a goal of running close to 1:35 which I figured was a good target given my previous half marathon times. I wanted to see if I’ve improved based on the training I’ve been doing. Now the fact is my training in the previous 8 weeks was purely focused on my upcoming marathon on 23rd of June. So I was 8 weeks into a 16 weeks marathon program and just the previous week I had just finished a massive week with a 34km run on the weekend.

So the lessons learned in no particular order:

Despite all that I enjoyed the Rotorua event. And my final finish time was 1:37:47 which in the grand scheme of things was just around the 4:30-35 per KM pace mark and I am happy with that. (Well just maybe..). The encouragement I got after the event was very helpful and some of the more experienced runners quite rightly pointed out that I am doing well in my Marathon training and should not be disappointed of this result.

Overall the 49th Rotorua Marathon Event was well organised with the event starting and finishing in the Government Gardens next to the Energy Events Centre. Inside the Events Centre was an expo with various vendors advertising and selling running related products. After registration you could wander through the hall and have a look around. What drew most people’s attention was an area where a series of posters highlighted the 49 years of the event with past winners and records. There were some names that I recognized from Wellington Scottish Athletics who have been part of Rotorua for many years. After the event there was a prize giving ceremony in the same hall. Here are some photos.

49 Years of the Event – Rotorua Marathon 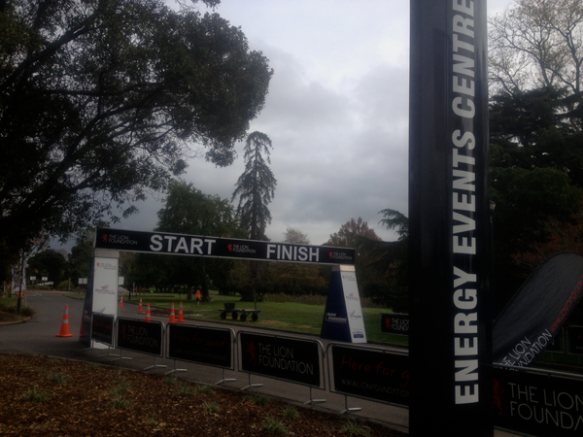 I have another 6 weeks to go in my training for the Wellington Marathon and I’ll focus purely on that. Also I’m running a small competition so go check it out here and enter to win an awesome prize!

4 thoughts on “What I learned from the Rotorua Half Marathon”